Could this be an extinction breakthrough?

Like a superhero, science may be coming to the rescue of species on the brink of extinction.

The superpower isn’t an anti-poaching force field, or a magic wand that can restore habitats.

Instead scientists have found a new use for an old technology, and it has given hope to saving the northern white rhino — and other endangered species. 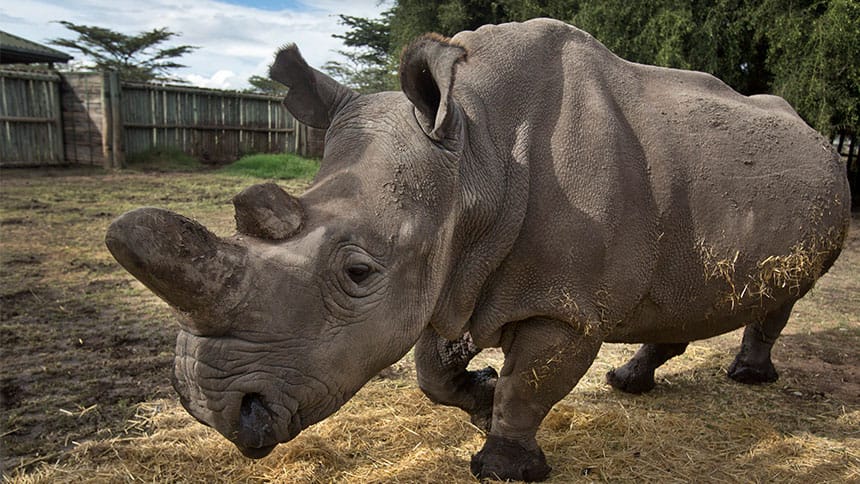 When this photo was taken in 2014, this northern white rhino was one of only six left on the planet. Now there are two — and they’re both females. (Ben Curtis/The Associated Press)

Back in 2017, the most eligible bachelor in the world wasn’t a member of a royal family, or a talented musician.

In fact, he didn’t even walk on two legs.

No idea? Well, his name was Sudan, and he was the last surviving male northern white rhino on Earth. 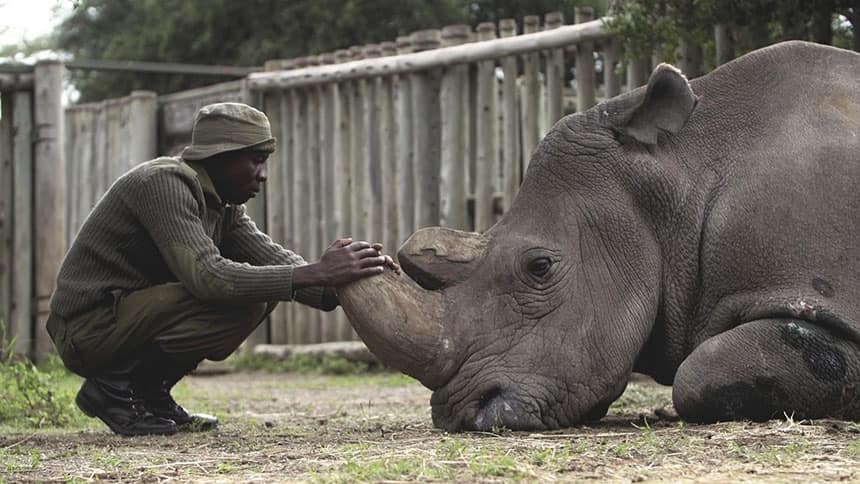 He was nicknamed the “most eligible bachelor in the world” as part of a fundraising campaign on the dating app, Tinder.

The goal of the campaign was to raise money to develop an in vitro fertilisation (IVF) method to be used on the two remaining female northern white rhinos left on the planet.

Sudan died of old age in 2018, but his legacy lives on through IVF.

IVF is a technique that allows female animals (including humans) to get pregnant by combining female eggs and male sperm in a laboratory. 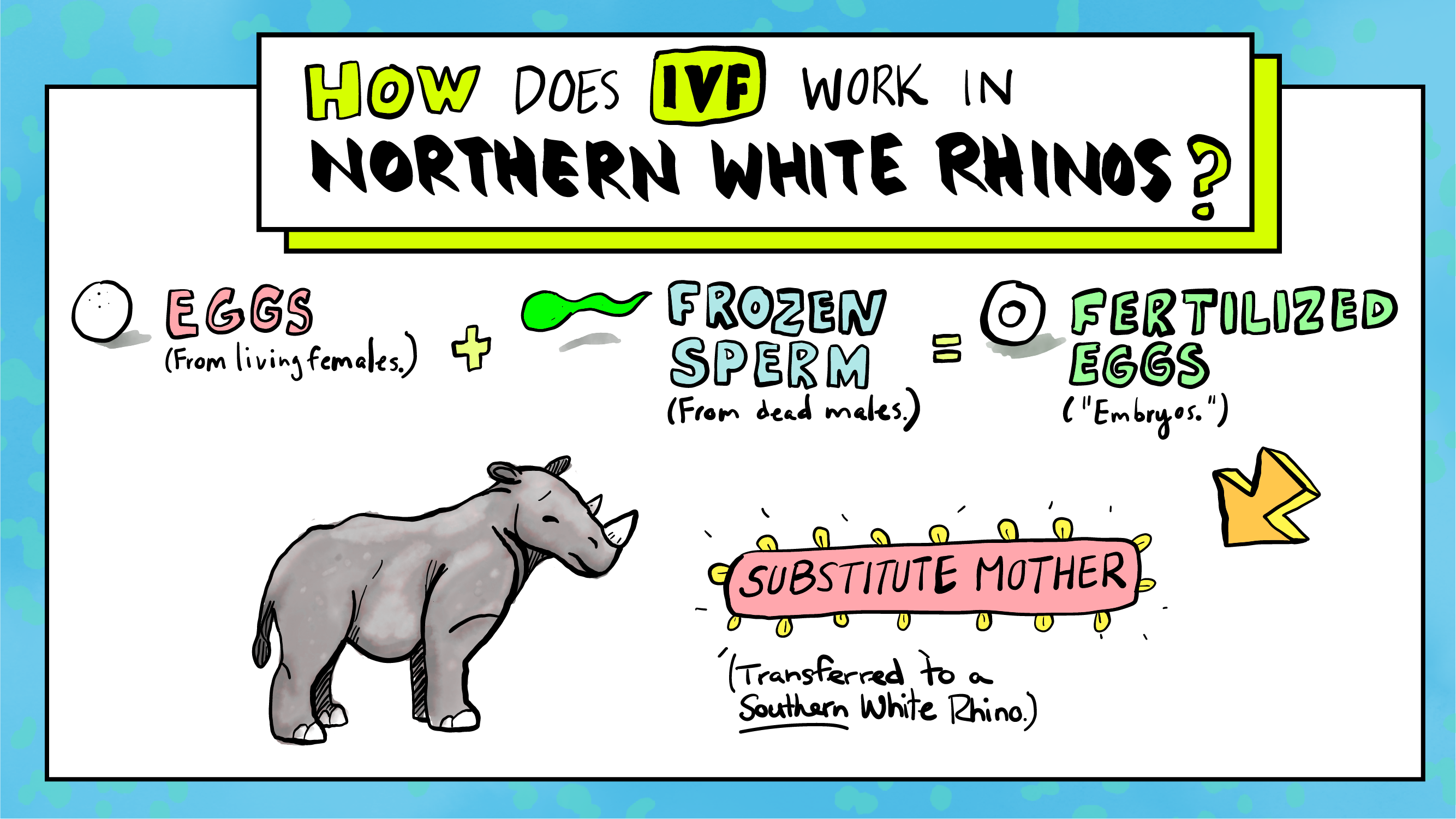 Did IVF work on the rhinos?

The experiment is only half way over, but so far so good.

According to a press release from the Ol Pejeta Conservancy in Kenya, the goal is to keep creating embryos this way before the only two female northern white rhinos left on the planet get too old to continue providing eggs. 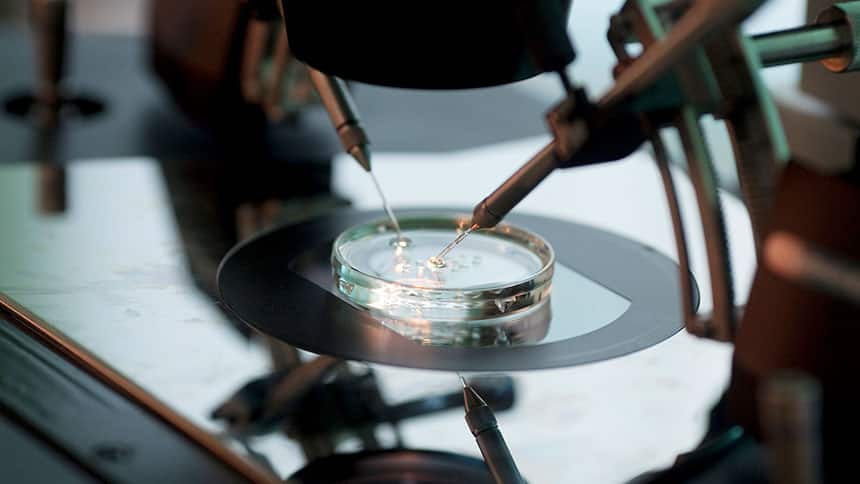 During in vitro fertilization, technicians inject sperm into eggs in a lab in order to fertilize them. (Kacper Pempel/Reuters)

Of course, there’s still one more step required to finish the process, which is to transfer those embryos to a surrogate or substitute mother — likely a southern white rhino.

When will that happen?

Preparations for the next step of the “rescue mission” are already underway, according to conservancy staff, and will likely happen at some point in 2020.

If all goes well, a new northern white rhino calf will one day be born.

The hope, according to the conservancy’s website, is to create enough northern white rhinos that a herd could one day return to its natural habitat in Africa.

“It’s amazing that we will be able to reverse the tragic loss of this subspecies through science,” said Kenya’s wildlife minister, Najib Balala. 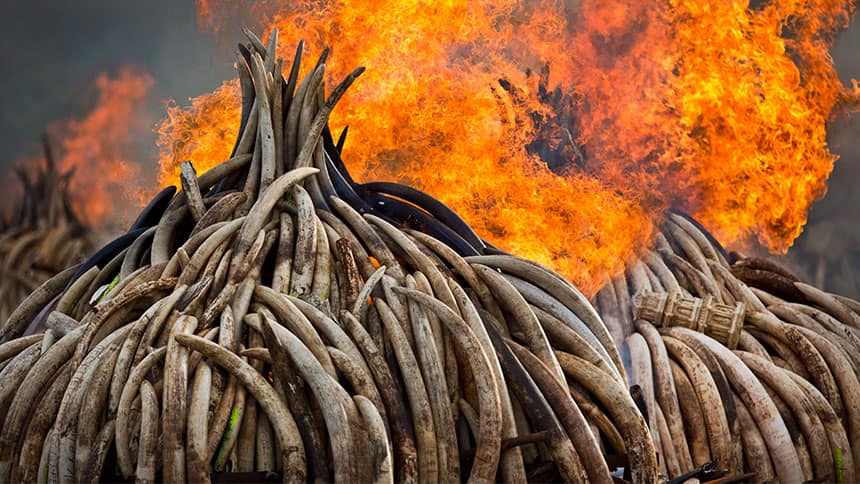 Officials in Kenya set fire to this pile of rhino horns and elephant tusks as a way to make a statement that poachers shouldn’t be allowed to make money off of endangered species. (Ben Curtis/The Associated Press)

What are the chances of success?

But if that happens, it would take “extreme and expensive measures to protect them,” said Reynolds, who serves as the chairperson of an independent panel of experts called the Committee on the Status of Endangered Wildlife in Canada.

“Longer term, it would be nice if the illegal trade in wildlife were to diminish,” he said. “We need to somehow address the market for the rhino horns, and that’s an extremely difficult thing to do.”

Northern white rhinos were often targeted by poachers, who used to kill the animals in order to sell their horns illegally, which were used for medicines and other purposes. 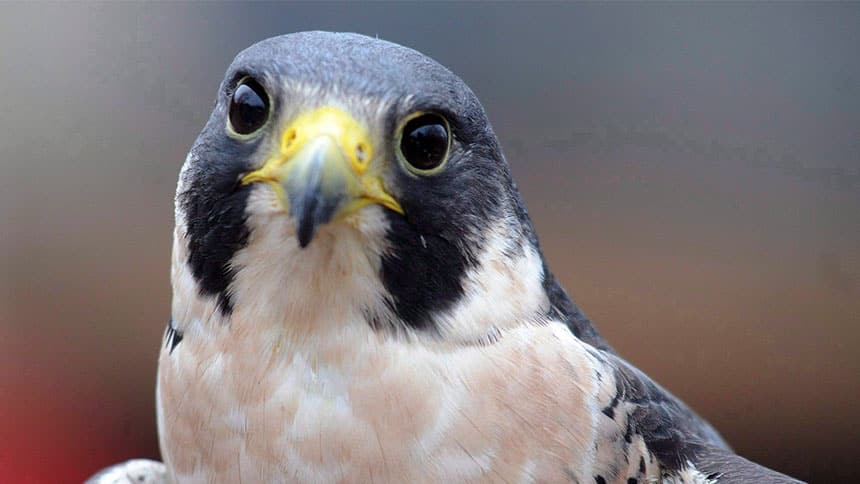 In 2017, officials announced that the Peregrine Falcon was no longer at risk of extinction, in part because of a ban on a toxic pesticide. (Carol Lollis/Daily Hampshire Gazette/The Canadian Press)

The IVF method makes sense as “a last resort,” Reynolds said, but it’s not a substitute for more traditional conservation methods, such as protecting and restoring habitat.

“I would hate to see all our conservation time and money get diverted to a handful of high-profile species,” Reynolds said, “while we could be losing a very large number of species right under our noses, which could be protected more cheaply.” 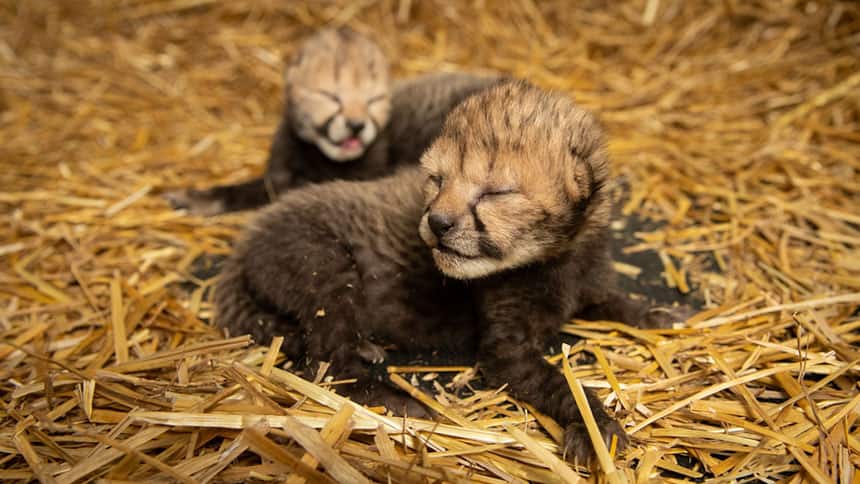 In February, an IVF experiment involving cheetahs proved to be successful when these two cubs were born in the U.S. (Grahm S. Jones/Columbus Zoo and Aquarium)

Still, IVF technology is providing hope for other endangered species — not just rhinos.

On Feb. 19, two healthy cheetah cubs were born at the Columbus Zoo in Ohio thanks to IVF technology.

The implications for other endangered species “are enormous,” said Pierre Comizzoli, one of the scientists who helped with the procedure.

“One species’ breakthrough opens the door for another,” said Comizzoli, who is a reproductive biologist at the Smithsonian Conservation Biology Institute.