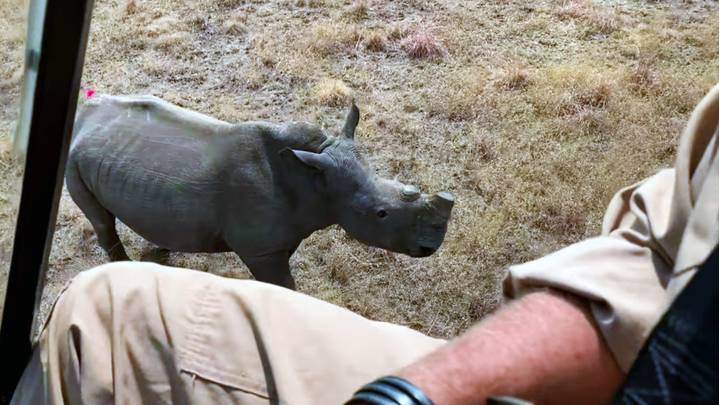 Conservationists in South Africa have taken the move to dehorn hundreds of endangered rhinos to help protect them from poachers.

With international borders beginning to open after the Covid-19 pandemic travel restrictions, the South African government has warned of a resurgence in rhino poaching.

Game reserves around the country are preparing for an influx of hunters, so in a bid to protect the endangered species, conservationists have dehorned hundreds of the animals across a number of game reserves in the province of the North West – to make them less appealing to poachers.

In order to track the rhinos, the conservationists need two helicopters, as well as several teams of people on the ground.

The animals are then tranquilised – while they are sedated, the conservationists remove their horns.

Rhino horns are very valuable to poachers, who kill the animals and sell their horns for incredibly high prices on the black market – often to be used as part of traditional Asian medicines, although some also use them as symbols of success and wealth.

Sadly, dehorning the creatures is seen as one of their only chances of survival.

Nico Jacobs is the founder of Rhino 911. The organisation aims to help with the conservation of rhinos in the area. They hunt them down and cut off their horns to save their lives.

Jacobs said: “As soon as the lockdown hit South Africa, we started having incursions almost every day.”

While Dr Lynne MacTavish of the Mankwe Wildlife Reserve has dedicated her life to saving the rhinos.